Try Coconut Oil To Keep Your Mouth Healthy And Happy

Looking for a natural alternative for caring for your teeth and mouth?  Many people are turning to coconut oil for its many uses in home health and hygiene.  How can coconut oil work for you and keep your dentist happy?

Oil pulling is growing in popularity, but it creates a lot of controversy as well.  What is it?  Basically, oil pulling comes from the ancient Indian practice of Ayurveda.  It involves swishing around in your mouth an oil (often coconut oil or sesame oil) for 15 to 20 minutes, intentionally pushing and pulling it around in your mouth.  Then, the resulting milky liquid is spit out rather than swallowed.  Coconut oil is popular for oil pulling due to its antibacterial properties.

Proponents of oil pulling say that it improves oral health in a number of ways: better gum health, removing plaque, leaving whiter teeth, and getting rid of bad breath.  It's said to even help you wake up better in the morning.  Opponents of the practice point out that there's little proof of its alleged benefits and even less to indicate it's better than brushing and flossing with traditional means.  For this reason, it's best to talk to a dentist at an office like Adobe Dentistry before starting an oil pulling regimen.

Many parents are concerned about their children being exposed to too much flouride between tap water with the ingredient added and the fluoride in most commercial toothpastes.  As an alternative, try coconut oil mixed with equal parts baking soda to create the base of a homemade toothpaste.  There are several ways to add some flavor to the mix, such as peppermint essential oils (to taste) and natural stevia.

Those prone to cold sores may find it helpful to treat them with coconut oil.  At the first sign of a cold sore, dab some unrefined coconut oil onto the affected area.  If the oil is thick and sticky, you may want to do this at home in the evening rather than during a busy day.  Some skin lotions and moisturizers have small amounts of coconut oil in them and may provide some additional protection during the day.

A Caution about Coconut Oil

The health benefits of coconut oil are still being investigated and mostly remain unproven in controlled studies.  The fatty content of coconut oil shows promise in helping raise good cholesterol, but there's not enough research into how it affects other parts of the body, such as the heart.  Experts, such as the Harvard School of Public Health, warn that more investigation is needed.  What is clear is that it's important to choose unrefined or virgin cold-pressed coconut oil, and avoid the processed versions.

Coconut oil has many potential benefits in the kitchen, around the house, and in your bathroom.  Why not try it today? 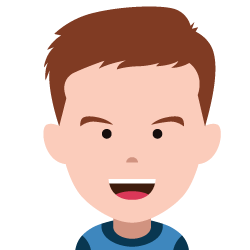